keeping retro cars on the road

David Martin, car restorer and owner of Retro Resto (T/A David Martin Vehicle Restoration) an engineer by trade, began his appreciation of retro cars at an early age. By the age of 14 he was working on his brother’s Hillman Hunter, repairing bodywork and getting to know the 1725 cc engine, classic minis followed and then the full re-assembly of a basket case Triumph Dolomite Sprint, wages earned allowed the purchase of his first arc welder soon to be upgraded to a MIG welder, setting the foundations of David’s lifelong love of welding. Throughout the rest of his teenage years many cars came and went; Classic Minis, Triumph Dolomite Sprints, Rover SD1, Ford Escorts I, II and III, Ford Cortinas, 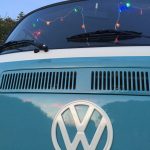 an MG Midget and let’s not forget the DAF Variomatic, all of which required repair of some kind; be it rusty bodywork, engine rebuilds and replacement or mechanical work

After completing his engineering training with Lucas CAV and a stint as an agricultural engineer, the lure of those retro cars was too much and Retro Resto was born.

During the last 20 years, work has been varied allowing David to build upon his expertise in the restoration and repair of retro cars, particularly in relation to VW Camper Vans and classic minis(T2 Split Screens, T2 Bay Windows and Type 25s).

Theme by Anders Noren — Up ↑